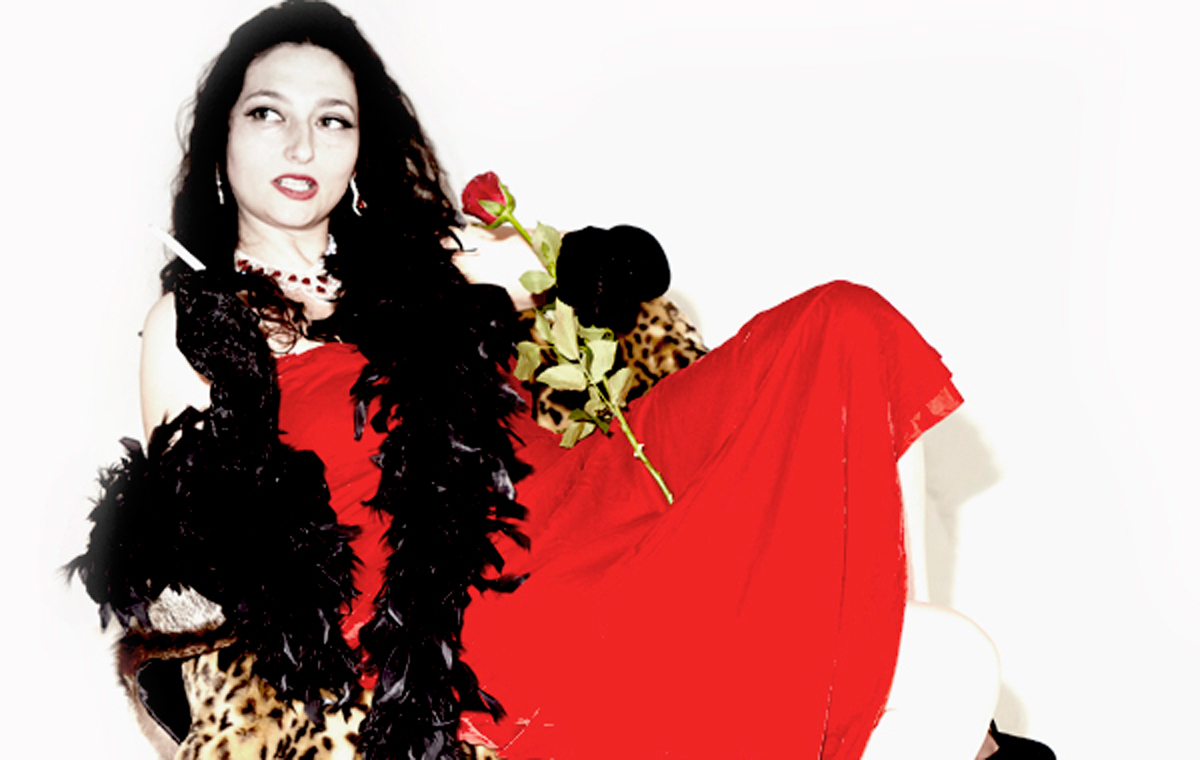 Glamour is a word that is often bandied about, particularly in the sphere of fashion and always in relation to beautiful and powerful women, women such as Dominatrixes. But what does it actually mean? And to what does it refer? We all know that glamour is a special, exciting and attractive quality. Glamour is some kind of illusive and exclusive aura that we all want to be touched by. It’s a soft and seductive light that we want to be seen by. Glamour is a power that elevates us in someway and that draws others to us. According to the Collins English dictionary glamour is: ‘more attractive, exciting, or interesting than ordinary people or things.’ This rather basic bitch definition does at least highlight that glamour is about becoming extraordinary, and about being perceived to be so by other people. Glamour is the attraction, or fascination that a particularly luxurious or elegant spectacle creates. It’s an attraction which intensifies reality and creates a buzz. Being glamorous is addictive. Once people have had a taste of it, they are rarely happy to live without it, and of course once you are glamorous you are always expected to be so, so there is no going back. Perhaps it’s not surprising when we consider the beauty and grace of the truly glamorous, and the attraction, and fascination that others feel for them, and the power, influence and wealth which that adoration brings them, that the origins of the word glamour lie in taking personal power and self transformation and empowerment. The word “Glamour” originally referred to a magic spell cast by witches, and its said particularly by witches of Roma descent. This isn’t surprising when you consider that a marginalized womens’ only power, is often that of her beauty, and European culture does love to exoticise and eroticise the outsider and perpetuate racial hierarchies through sexual and social stereotyping. That being said, I’m also sure that those ladies had the power to turn ‘it’ on just as surely as any powerful Mistress today does. But I digress…In the late 19th century the meaning of the word glamour changed and it became used generally without supernatural, connotations and the distinction between Goddess given, or passive beauty and active glamour began to be lost. By loosing the notion of glamour as an act of witchcraft, or focused will power the person who is glamorous can be viewed with less agency, and with less self determination. I think we can see a familiar pattern emerging here where witty, stylish, clever, women with personalities are reduced to the basics, to being just their bodies. And so for these reasons I don’t want to dismiss the magical roots of glamour. On the contrary I think magic offers us a useful lens to examine glamour and the performance of glamour a little more closely. Glamour as a form of Magic is understood to be an illusion based on the projection of one’s energy, which allows one to alter perceptions of physical forms and trigger certain responses or emotions in others. In other words glamour is not a fact, and does not depend only upon natural beauty, it’s a carefully constructed performance, a considered and highly artful manipulation, its theater, and this is a heartening thought, because it means anyone prepared to work at it can be more glamorous. So take notes those aspiring to glamour, two things are said to empower this form of magic, and they are focus and personal magnetism. Focus is about a slow energetic burn, the ability to raise power and maintain energy towards your intent, as most kinds of magic are. However, glamour witchcraft in particular is about devotion enacted through the repetition of relevant procedures ad infinitum. The daily ritual of applying ones makeup whilst staring into the mirror and conjuring the face you want to see, rather than the one you have seems a perfect illustration of this principle. The many repeated processes involved in feminisation also come to mind as another example of mind over matter and personal transformation. Personal magnetism is also necessary to be glamorous, and this quality is a little harder to define, but it’s understood to be your life force and its movement in your body and its aura, or field of energy. When we are young we have more life force and less focus, and as we mature we have greater focus and less life force. This is why a woman in her prime, as opposed to a girl possesses true glamour. Glamour is not innocent and it is not the same as passive beauty.

Arthur Miller said of glamour that: ‘Glamour, that trans-human aura or power to attract imitation, is a kind of vessel into which dreams are poured, and some vessels are simply worthier than others… A beautiful woman can turn heads but real glamour has a deeper pull… Glamour [is] the power to rearrange people’s emotions, which, in effect, is the power to control one’s environment.’

As the man married to that consummate performer of glamour, Marilyn Monroe, he was well qualified to speak on the matter. He knew very well that Marilyn’s glamour was the result of more than just her beauty, that it came out of her, from deep within her. He knew that she had harnessed her intent to be glamorous to her vibrant personal magnetism and worked hard to maintain and perfect her glamorous image, which drew people to her in ever increasing numbers in a haze of wonder, lust and adoration. Marilyn is still casting her glamour to this day!